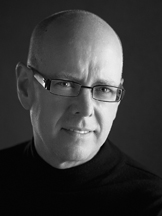 After opening his own studio in 1977 Hewitt continued his photographic education by attending seminars hosted by SPPA, PPOC and Kodak among others and became well recognized as a creative and innovative artist. After twice being named SPPA Photographer of the Year and having received several PPOC awards he gained national prominence as the 1985 PPOC Photographer of the Year.

Hewitt’s contributions to both service and photography can be recognized by his Master of Photographic Arts designation from PPOC plus the additional four bars awarded since.

In 1994 the opportunity to relocate in Calgary surfaced and Hewitt purchased a well known photographic studio from James Mathieson, aptly naming it Mathieson & Hewitt. Well aware of the Studio’s reputation for service and quality Hewitt built on the history that began in 1948 and turned his new enterprise into an efficient state of the art studio. In addition to being an early adopter of electronic proofing technology Hewitt converted M&H to a completely digital workflow in 1998. While not without its growing pains the effort paid off handsomely and established Mathieson & Hewitt in the forefront the industry from local to national levels.

Hewitt sold Mathieson & Hewitt in 2007 and today operates out of Victoria, British Columbia.